Chloe Nichols is holding her breath. All her life, finding true happiness with a family has seemed as easy as...well, snagging a bubble off the wind--a bubble that her current boyfriend seems dead set on bursting.

Yes, every time Chloe mentions her one true desire, Kyle shoots down her hopes. But he hasn't reckoned with the awesome power of Gypsy magic, or with loyal kith and kin.

One way or another, Chloe's going to get her happily-ever-after. One could sometimes be found after you'd convinced a man he loves you, right? All Fate needs is a little puff in the right direction. 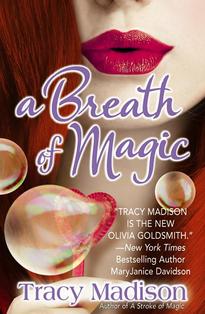 "An Author to Watch!" ~ Annette Blair, Nationally Bestselling Author of Never Been Witched

You know how freaky it is, to expect one taste and get another? Imagine picking up a can of tepid ginger ale and taking a swig of delicious, icy cold peppermint tea. Alice Raymond did just that. And though the tea is exactly what she wants, she bought herself a soda.

No, Alice's life isn't exactly paint-by-numbers. After breaking it off with her lying, stealing, bum of an ex, she discovered she's pregnant. Motherhood was definitely on her "someday" wish list, but a baby means less time for her art and no time for recent hallucinations that include this switcharoo with the tea. She has to impress her new boss, the ridiculously long-lashed, smoky-eyed Ethan Gallagher, and she has to deal with her family, who have started rambling about gypsy curses.

Only a soul-deep bond with the right man can save her and her child? As if being single wasn't pressure enough! 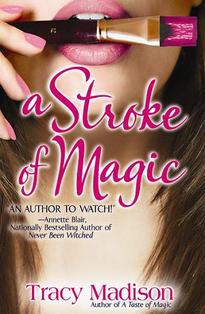 Today is Elizabeth Stevens's birthday, and not only is it the one-year anniversary of her husband leaving her, it's also the day her bakery is required to make a cake--for her ex's next wedding. If there's a bitter taste in her mouth, no one can blame her.

But today, Liz is about to receive a gift. Her Grandma Verda isn't just wacky; she's a little witchy. An ancient gypsy magic has been passed through the family bloodline for generations, and it's Liz's turn to be empowered. Henceforth, everything she bakes will have a dash of delight and a pinch of wishes-can-come true. From her hunky policeman neighbor, to her gorgeous personal trainer, to her bum of an ex-husband, everyone Liz knows is going to taste her power.

Revenge is sweet...and it's only the first dish to be served. 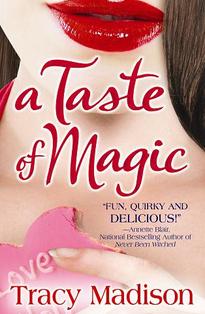 Something is drawing Julia Collins to Magical Matchups. The Chicago-based dating service is a direct competitor to her own, and it's winning. It even converted her two best friends, despite the fact that it's run by a crackpot--if sweet--old woman named Verda who gives personality tests that rate men like fruit! She also espouses everything Julia despises: magic, lust, and romantic love rather than logical partnerships.

Five minutes after they've met, Verda introduces "the man Julia will marry"--her best friend's ex. The old woman had better be a witch, because although Scot's kiss ignites a fire in her soul, there's only one way Julia can see them finding a happily ever after. By magic alone. 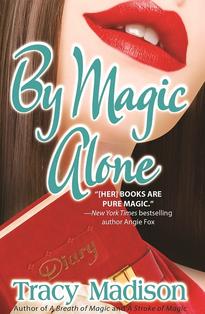