Falling in love is the best medicine!

A summer in Steamboat Springs could be just what the doctor ordered for injured trauma nurse Andrea Caputo…especially when she meets her sexy, deeply caring physical therapist. Ryan Bradshaw has a unique, hands-on approach to healing…inside and out.

Ryan was looking for a fresh start in this scenic Colorado town. Now he has a new mission possible. It's an undeniable thrill taking Andi horseback riding and slow dancing together. Doesn't this beautiful, independent woman who has never relied on anyone but herself know that no matter what happens, he'll always be there to catch her? All Andi has to do is trust in their growing feelings and take that leap of faith with him. Then the sky's the limit!

She was just right!

The last thing Liam Daly expected was finding a real-life Goldilocks in the Colorado mountains. But after a blizzard leaves Meredith Jensen stranded, Liam's solitude is shattered by the electrifying golden-haired beauty.

Sheltered Meredith is determined to build a new life for herself. But she's compelled by Liam's warm soul, still recovering from a love he tragically lost decades earlier. It's just a matter of time before they give in to the spark between them…a spark that unexpectedly makes them parents-to-be.

Even though stand-up Liam wants to do the right thing, Meredith won't settle for a duty-bound man. How can she convince Liam that his real-life Goldilocks is just right…forever?

A baby wasn't in their plans...

That doesn't stop Logan Daugherty from proposing four months after spending the most wonderful night of his life with Anna Rockwood. And when the mother-to-be says yes, the honor-bound Wyoming rancher is ready to fulfill his part of the bargain. So why is Logan secretly longing to make their temporary arrangement permanent?

The Steamboat Springs baker didn't expect her homecoming to leave her with a precious gift. But Anna has no illusions about romance and happy endings. Saying "I do" is for their baby's sake. All bets are off once their daughter is born. Are Anna and Logan ready to turn a marriage-in-name-only into a lifetime of love? 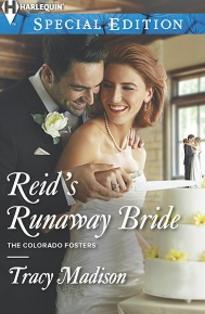 Looks as if rules really were meant to be broken...

Steering clear of military men was Rebecca Carmichael's mantra. Until the night she and air force captain Seth Foster took their pen-pal relationship to the next level. But the mother-to-be never expected the sexy soldier to show up on her Portland doorstep months later with an engagement ring!

Convincing Rebecca to marry him had been his mission ever since Seth found out she was having his baby. And it wasn't easy getting the won't-budge-an-inch, terrified-of-loss woman to realize they belonged together. Well, Seth could be just as stubborn-maybe even more so. Which meant using every weapon at his command to get Rebecca to make that leap of faith and trust her future to a man who prized family above all else... 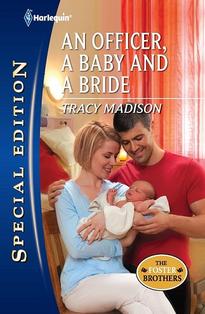 Bachelor on the loose...but not for long!

Melanie Prentiss doesn't believe in happy endings. So when her latest assignment pairs her with tall, dark, off-the-charts-gorgeous bachelor Jace Foster, she figures it's Cupid's idea of a joke. Collaborate on an article about love with Portland's resident playboy? A man she finds more irresistible than anyone has a right to be?

Jace is a changed man. But thanks to his popular Bachelor column, the world still thinks he's happily single. Truth is, he's been bitten by the love bug. He only has eyes for Melanie. And with Valentine's Day around the corner, now's the time to put his newfound settling-down skills to the test and prove to Melanie that they're made for each other! 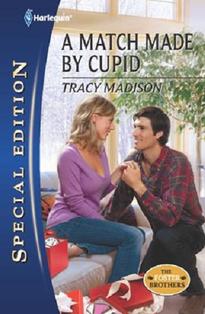 Some miracles need a little push...

Grady and Olivia Foster shared everything—passion, friendship and a soul-deep connection that made their marriage blissful. Then tragedy struck when a drunk driver stole the life of their young son Cody just days before Christmas. Olivia begged for space to heal. But space became estrangement, and now, as Christmas approaches again, Olivia fears it's time to call it quits.

But Grady's not giving up without a fight. He'd given her space. Now he's determined to give her what she really needs—all the desire, devotion and tireless love it takes to heal their loss and rekindle the spark that once made them the perfect couple…whether Olivia likes it or not! To save their love, he'll pull out all the stops…and pray for a Christmas miracle. 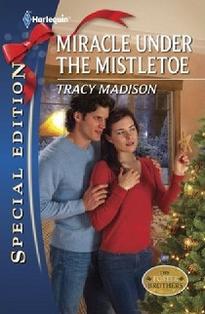 Of all the protectors in the world...

Dylan knows that he's a sucker for damsels in distress—it's a Foster gene, for crying out loud!—and that he's promised himself not to get burned again, but to let a mother and child sleep in a car? Not on his watch. Just a little bit of help to get her back on her feet, is all. Then the beautiful woman and adorable son can—no, will—go on their way…

Her instincts scream yes! His actions are genuine, eyes sincere, and he's surrounded by loving family—why not trust him? There's also another big reason: Chelsea Bell and her son have no other option here in Steamboat Springs but to lean on Dylan, albeit temporarily. Swallowing her pride and reaching for Henry's little hand, they walk from the frigid cold car to Dylan's waiting arms…and into a world of possibility…

The Runaway Bride returns--just in time for another Foster wedding?

Daisy Lennox comes home, and for Reid Foster, nothing has changed. Eight years after she bolted on their wedding day, he can't take his eyes off her. Seeing her walk into Steamboat Springs to care for her two little nieces, Reid is hit by an undeniable realization: they belong together...still.

Love. Marriage. Children. Daisy wanted them...a long time ago. Yet loving Reid comes with too high a price--facing the family secrets she ran from. But then, Reid makes his move...and Daisy starts to sweat. Can she stand up to the force of a Foster's will?

Reid won't let her go without a fight. She owes him a wedding...and this time he intends to collect.

Cole Foster had only one wish this Christmas...

And that was for Rachel Merriday to realize, finally, that she was in love with him! The only problem was, he and Rachel were friends…just friends. Sure, they kissed that once—and what a kiss—but Cole was waiting for the right time to tell her how he really felt.

But has time run out? Rachel was coming home to Colorado for Christmas with a new man! And from what Cole's been hearing, this guy might just be "the one." How could that be, when it's been so obvious from the moment Rachel first leveled him with a snowball as kids, that it's Cole she should be kissing under the mistletoe!

Maybe now is the right time to finally let Rachel know that all he wants for Christmas…is her. 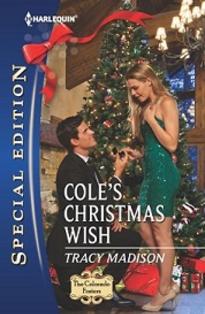 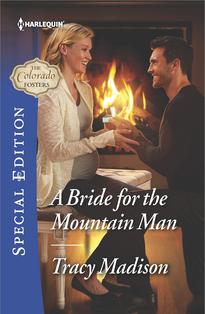 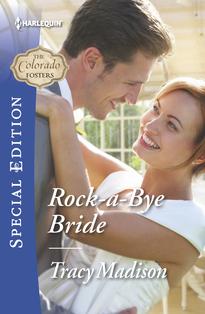 A man who has learned to go it alone, and a woman who simply won't take no for an answer!

Gavin Daugherty has made every attempt to ignore Haley Foster. But
the feisty hometown sweetheart of Steamboat Springs is simply not having it.

Why won't she accept that he just wants to open his business and be left alone? Isn't it enough that she's already forced her way into his work; must she also force her way into his heart? Plus, he could also do without the rest of the Colorado Fosters! Who needs three overprotective brothers breathing down your neck?

Of course, none of this seems to deter Haley Foster. No. She learned long ago that you have to follow your heart to get along in this world. And that's a lesson she's about to teach Gavin, too! 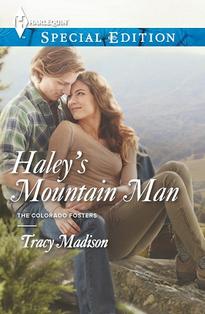 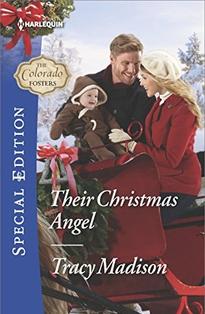 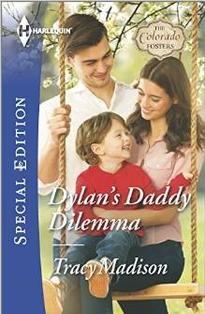 Wait, that's Miss Bradshaw, his daughters' music teacher. Thankfully, no one was hurt. But one look in those angel eyes and the single dad and widower falls hard. Parker never thought he'd feel this way again…where every day feels like Christmas!

Nicole Bradshaw is no angel—at least not yet. This cancer survivor has plenty of life to live…and a planned pregnancy to prove it. So when Parker literally slides into Nicole's life, it's like she's opened her presents early. She loves what she's getting, but can Parker accept that she survived the cancer that took his wife…and love a child that isn't his? 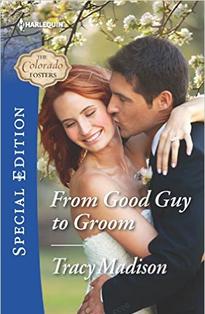